on April 30, 2016
Ooh, some controversy. Nobody's quite sure whether April is named after the Latin word for 'to open' (as in blossoms, trees, etc.) or whether it relates to Venus and derived from the same root as 'Aphrodite'. More importantly however, I was born in it. So nothing's perfect, eh?

As the calendar marks the increase of my age from 23 to 24, I'm reminded at how long it takes for me to get used to writing a new age on things. Similar to getting used to writing the year as '2016', and occasionally getting it wrong and being yelled at by admin staff.

And so with the transition into my new age, I feel as though I'm past my prime and I have many more factors to consider (that's a maths joke, everybody. I'm here all week*). My focus, much like my duration of existence, seems intent on changing whether I desire it or not.

The studio is now largely up and running. Five Miler have begun recording new music and are close to finishing our first new track. You may hear it soon, depending on how impatient Roy gets. As this occurs I hope my own music follows suit, although stagnation seems to be unyielding. Stubborn git. But I've been working on album art for a forthcoming EP at least. 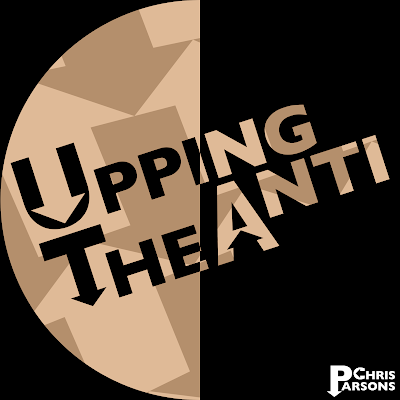 My written creative endeavours have taken a twist also: Whilst mentally traversing the avenues of creativity for untrodden paths I noticed a whole avenue I had yet to even enter. As a consequence a lot of my creative juices have of late been funnelled into the smoothie of Audio Comedy. Now this may seem a little strange: Chris, you just erected a flagpole to video comedy with your 'Unimagined Ramblings' series! Why the drop back in technology? Well, imaginary pedant, I shall tell you for why (curious phrase, that): It's so much easier.

In an audio setting I can write sketches on the peak of Mount Everest, on the international space station, between the fabric of reality itself, and all I need to pull it off is a convincing script, a set of borrowed voices and clever foley. No green-screens, no computer generated backgrounds, no 'my face', just a microphone and some know-how. Furthermore I can write surrealism far more easily: it's possible to have characters play lacrosse with a ball made of time if I so desire, all I need is dialogue.

Now, whether anything comes of this is anybody's guess, although knowing me (and I like to think I have a handle on that after 24 years) probably not. Never-the-fewer, I have begun work on compiling a sketch show, with both new material (I accidentally wrote a sketch the moment I woke up this morning) as well as some old sketches that still hold up from old failed attempts. I also have a pilot of a sitcom in the works and, with the help of m'new studio, I can invite people in to work on these projects with me. Yes! That's right! This opportunity is ripe for collaboration. Fingers crossed.

As for comics I have abandoned a long-term plan for my quadrature of queerness (in the old sense of the word, mostly) and am sticking to smaller-scale comics, particularly the 'Why We Didn't Finish...' series of which I'm growing fond, and have written three only yesterday but have to draw eventually. Other plans with them revolve around similar ideas of plonking them in someone else's universe and giving them five or six pages to be funny. Again, drawing: It's always the weakest link, and the longest to break... I think I ruined that analogy.