on May 27, 2016
I've just realised that I begin these monthly posts by saying 'Happy ___' for the appropriate month, despite penning (keying?) them at the tail-end of the month. I suppose that's symbolic of my natural inconsistency. I'd say I'm always inconsistent, but that's a paradox. So I'll say I'm a paradox.

So, May, potentially named after the Latin word 'maiores' meaning 'elders'. Seems rather apt given that all the month has bestowed me is mental block and a swollen knee. I feel like I'm 64 a few decades before my time.

But we begin with the good news. 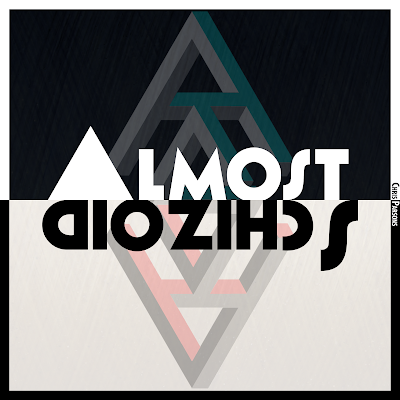 So here's the deal. I've um'd and ah'd, hmm'd and erm'd, toss'd and turn'd, back'd and forth'd, point'd and counterpoint'd around this album: shall I split it into EPs? Shall I release it altogether in its unfinished state? Shall I scrap the whole thing and move on?

And then it struck me. Literally it struck me, rather hard. Some cartilage may have been damaged and I'm promised an MRI scan in the uncertainly near future: my knee was beginning to swell. This makes walking around rather awkward. Since I hadn't had any time off work since December and I can choose my hours I thought 'what an opportune time to take a couple of weeks off. I wonder what I'll do with that time...

Nobody cares, and nobody ought to care. And I mean that both about the album and my silly hissy fits over it's delay, restructuring and lack of confidence. Right now it's just hanging over me as something that could be good but has no enthusiasm attached to it anymore. So I just need to get it out of my system and move on to pastures new.

This isn't to say I don't think that album is good: I believe it is. It's just been lying there so long in front of me that it needs to get done and away. It's festering in the back of my mind (despite lying in front of me... mixed metaphors, eh?) as an unfinished problem and it's hampering my new music writing. So let's get this thing finished and stop being petty and silly about it!

So over the next 16 days I shall power through recording and writing the album, hopefully mixing as I go, mastering at the end (that'll be fun...) and getting it out within this arbitrary deadline.

Also, in order to make it fun, I'm going to try filming some of the process and making silly videos for after the release. It's just a little something but it should keep me going.

I don't really want to think about what's next right now, but I am excited to get started on some new projects; musically, prosaically, comically and other such 'lys. But right now, it's Almost Schizoid and nothing else (apart from Five Miler's new stuff...).

So off we go into June! The month of productivity, I sincerely hope. If you've read this far you have my thanks an I do hope you enjoy when the album finally comes to your speakers.