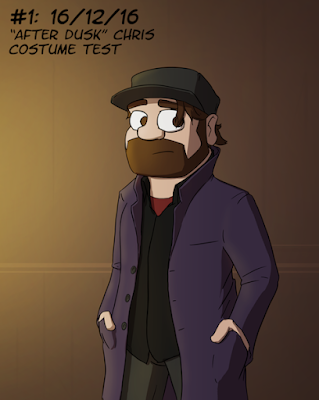 Hullo there.
I've recently started enforcing a rule upon my regime-lacking world, by drawing something every day, to get back into the proverbial groove. So I thought I'd intermingle my first week's doodles with an update post! Hurrah for double-uselessness! (P.S. The best picture's at the end =D). 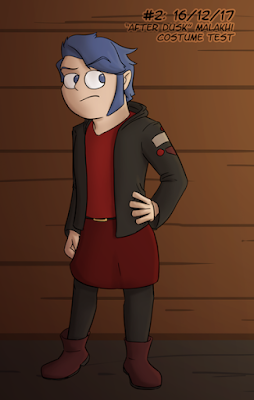 So it's been a while since the last update. About two months, to be imprecise. There're a good-esque reasons for that - they're called lethargy, ennui and sloth.

But besides those, most of the projects I've been working on have been longer-term and require more preparation, hence the radio (ethernet?) silence. One such project is 'After Dusk', a long-form comic involving m'characters. Hence the first four days of doodles.

Another project I've been working on is 'White Coats', a 6-episode, half-hour, storyboarded sitcom screenplay. Why? I haven't a clue, although it probably proliferated from my enjoyment of the most recent series of Red Dwarf. I may try to adapt parts of the screenplays to small comics, but what with storyboarding and 'After Dusk'ing, I've got my RSI cut out for me. 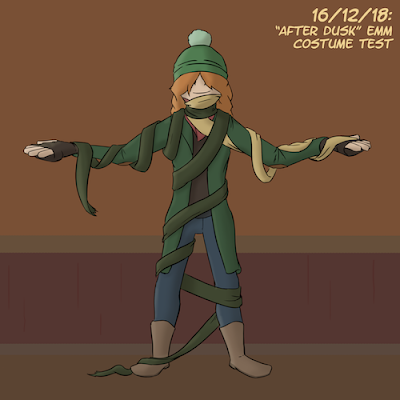 Some days had less free time than others =D.

Most immediately, however, is Five Miler's new album, the recording of which is almost completely through. I'll be mixing and mastering it over the holidays ready for a release in the new year, and this has been the primary consumer of my time. 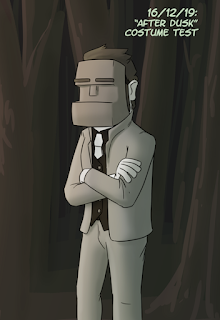 One other momentous occasion to occur betwixt my last post and today was my near-abandonment of social media. I no longer post and peruse on m'twitter with any regularity, only using and checking it when the need arises. As a result I have a surprising amount more free time to put towards something more constructive (although likely equally meaningless). 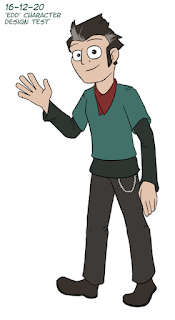 That's Edd by the way, Emm's boyfriend. He'll appear in After Dusk if all goes well.

Speaking of comics, I've been having a muse: I'm in the process of wondering whether the 'Why We Didn't Finish...' comics ought to be split up into individual strips.

You see I currently wait until I have a good joke for each of the four characters, then draw the quad-comic in one go, and only then release it. I feel like releases would be much more regular if, when I got a joke, I made the strip and moved on. At least four times as regular.
I get paid to do maths. 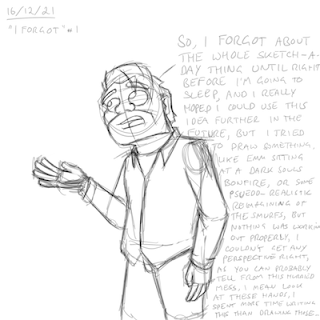 Although speaking of regularity I'm planning a 'Why We Didn't Finish - The Stanley Parable' comic which, if my plans go through, will also be incredibly time consuming. It shan't be a straight-forward romp through the same in 4 strips of mild humour, but rather more complicated than that, in homage to the game's structure itself. 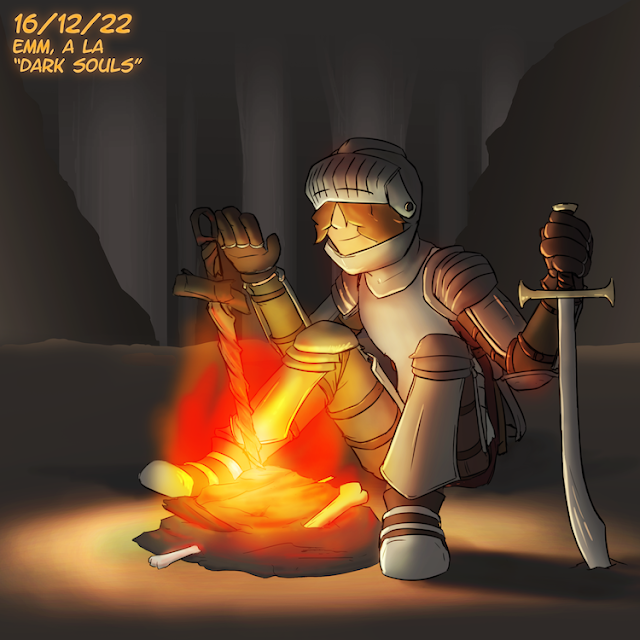 Yeah, I got carried away today. Playing a lot of Dark Souls. 'Cause I'm hip like dat (that).

So that's that (dat's dat). Many ideas in the works, you should see more regular comics coming through, especially once the new Five Miler album is released, then progression into larger-scale projects still (hopefully) with regular updates.

Where will those updates be? Well, here of course!
Unless...
Doodles Emm Malakhi Rufus Stoic Update