on April 09, 2017
Hello, non-existent readers! I'm back from my radio silence. The fact that I'm never on radio and that it overlapped with an internet silence is entirely coincidental.

So, you don't ask, what's been going on? You (as in I) redesign the site, post a brief update about an album, and then do nothing for three months. What gives? Well, I'll have you know that 'what gives' is a sentence bereft of the appropriate grammar, but I'll answer your question in the spirit it was meant.

The irony of the situation is that my sabbatical from posting has been part of an endeavour to make posting more frequent and consistent. I have a variety of projects I aim to continue through the year, each of which will provide me with, I hope, a method of posting consistent updates, aiming for at least one post per week.

These posts will, hopefully, have variety. I had intended to wait until another project was underway, but I think 3 months is long enough, eh? 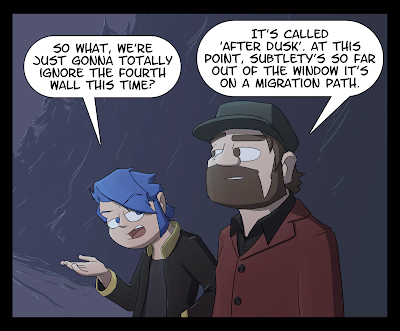 The first part of the inconsistently consistent posting will be that of long-term projects released in increments. These include the long-planned AFTER DUSK: a longer story for the characters of Chris, Stoic, Malakhi and Emm set in a parody of a parody of a horror film.

This, I plan to release page-by-page as it's made, as with my old comic strips but with a sequential plot(ish).

The whole thing has already been written, the time-consuming part being the illustration. I plan to write its follow-up (a similar cliche parody) whilst illustrating After Dusk. 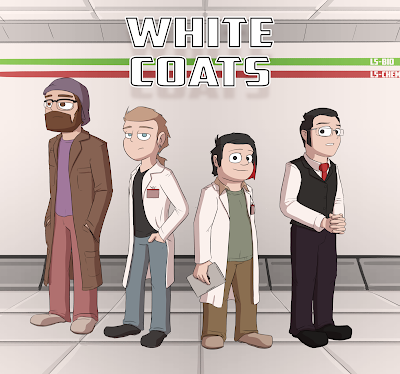 The other long-term project is WHITE COATS: A scripted sitcom of 6 half-hour episodes which, in all likelihood, will never be filmed. Naturally I'll be working on the scripts themselves but I shall also be story-boarding them.

Similar to 'After Dusk' I'll probably release this in chunks of script and storyboard as it's completed, until I finally have the wherewithal to record (hopefully with the help of very talented and generous friends =D) a voice over and release the whole thing in video form.

For the sake of reference I have just (i.e. an hour ago) finished the first draft of the opening episode, "The Interview", have half-completed three more scripts, "In The Loop", "October" and "Stock-Take", and have four more plot ideas. 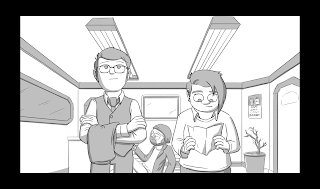 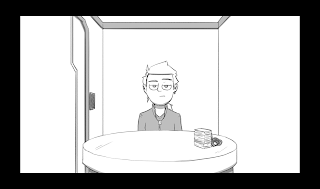 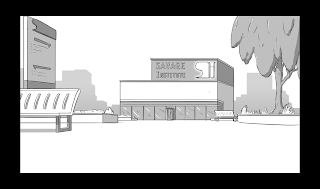 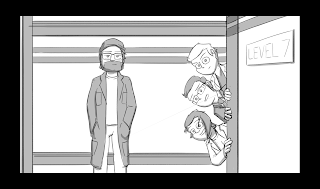 These include a game/film review article series (tentatively titled 'Why Did We Play') regarding the computer games and films about which I think I have something interesting to say (or a comic to make =D).

I've already prepared three articles, one on the game 'Hue', one on minimalism in puzzle games, and one comparing 'The Witness' to 'Sunless Sea' (obviously).

There will also be a series of articles called THINGS I'LL MAKE EVENTUALLY or TIME. This will detail the little bits and pieces of extremely long term projects I dabble in which will almost certainly never reach any kind of fruition, but I'd nonetheless like to talk about. This includes things such as stories, plays, TV screenplays, video games and my rewrites of other people's versions of these things (because ego, you know?).

Examples include a story currently called 'Home' which has been in the works for the past 8 years, a world-building collection of short stories called 'The Icho' and a complete plot rewrite of the game 'Final Fantasy VIII'.

Anywho, the basic idea you ought to take away from this is that regular updates should be emerging soon enough. As ever these plans will probably change, but I thought I'd let anybody who cared know in advance the current state of play. Soon I'll pick a day of the week to post the weekly updates so that you know when to expect things and don't feel the burning, desperate desire to keep checking back.

If, in an uncharacteristic bout of inter-personal communication, you wish to have a say in what you see more of on this site, by all means leave a comment or message me on m'Twitter.