on May 29, 2017
Happy bank holiday! People like to complain that the banks are run by avaricious psychopaths, but how many professions do you know which just hand out holidays?

So in my recurring - yet largely failed - attempt to keep this site up-to-date I shall directly contradict the last post by telling you that sketch-making has been put on hold (although the stuff that's written is very good!). In exchange I've gone back to drawing more frequently, and as such have something tangible, if completely pointless, to share with you!

Having spent a little time watching some old cartoons from my childhood I noticed a few similarities between my characters and some of the cartoons'. Particularly Malakhi: 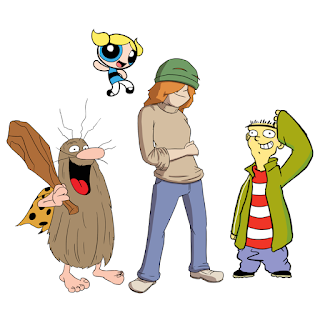 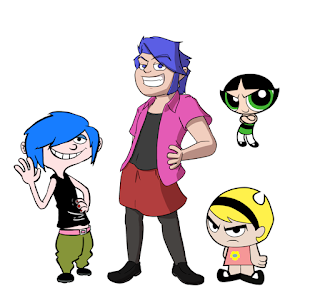 Malakhi, it turns out, has a posse of cool female cartoon characters who rather significantly influenced his design, both in appearance and personality. Of course once I noticed this the patterns kept arising. Emm too has a party of well-meaning bumblers behind her. 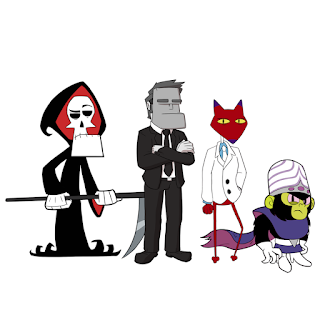 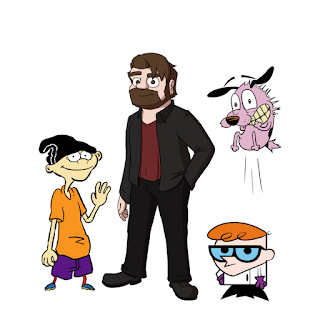 Hence I spent the entirety of Sunday drawing cartoons from my childhood. In case you couldn't tell I drew everything above, trying my best to emulate the original styles. I'm particularly pleased with Courage, although in retrospect he should probably be in with Emm.

Besides this I've been doodling characters for various reasons. First off I've been practising drawing from references, since it's good for understanding body structure and perspectives. 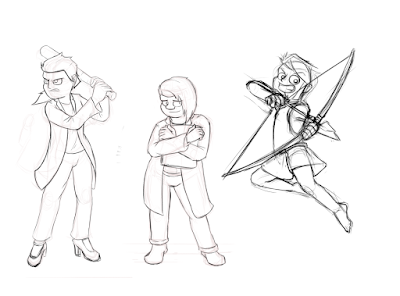 Thence I decided to actually start fleshing out the forthcoming 'After Dusk' by quickly sketching out some of the scenes which are solidified in my mind: 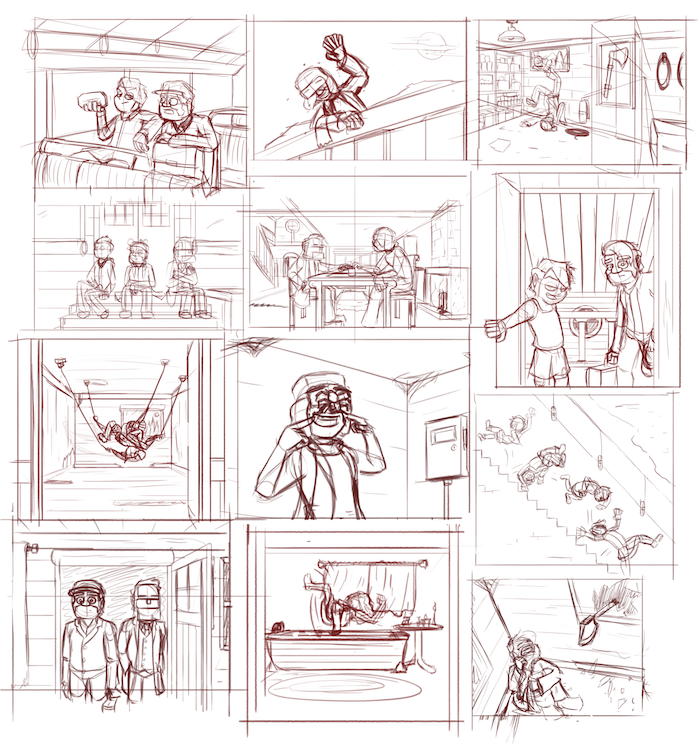 So yes, progress is being made. Hopefully I'll get to sketch out most of the scenes in After Dusk quickly enough to get working on it properly. It shouldn't take too long when I get cracking. I've only been thinking about it for over a year.