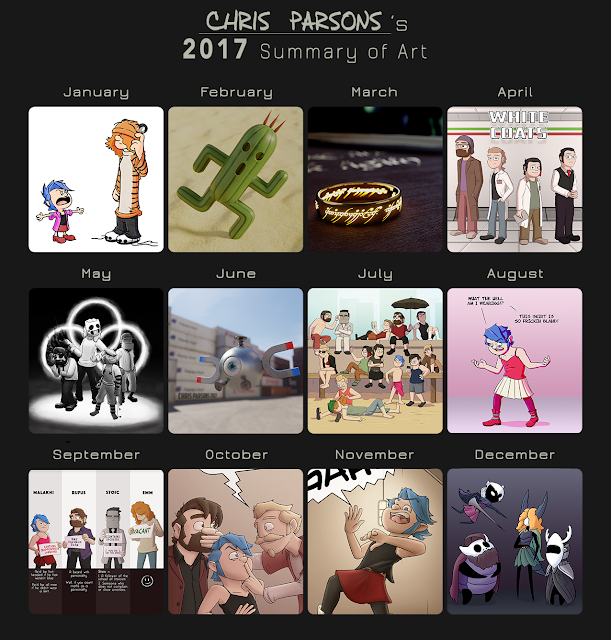 And so we enter into the ever-so-slightly more annoying to write year of 2018, an even non-leap year (they happen every four years, don'tcha know?).

So what happened in 2017? Well we'll be here a while if I had to list everything, so I'll specify what happened to me. Because not a lot did.

2017 was a year of plans, getting things ready for eventual release. Over the course of the year I:
Were it not for the fact that I didn't make any of those things I'd say I had quite the work ethic. This was, naturally, in between making a thesis for work, writing music with Five Miler (with whom I released an album at the start of the year, and a Christmas song at the end) and generally trying to survive.

So where does that leave me in 2018? Well it leaves me with not much writing to do and quite a significant amount of making to do. So here's a rough itinerary:

First thing's first, finish After Dusk. I'll be honest it hasn't turned out as great as I'd expected and the choice to shade the whole thing dynamically and smoothly was a big mistake. However forcing myself to get through it has significantly improved my drawing, colouring and shading and taught me a lot about composition, story-structure and comic timing. 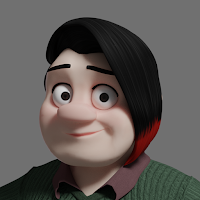 I have ideas for follow-ups to AD but to be honest I just want to get back to making small comics for a while. I have a significant backlog of ideas and if all goes to plan once AD's done I'll return to posting comics at least weekly. 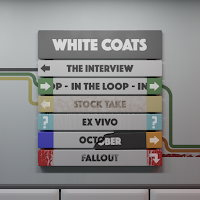 The main creative focus of this year will probably be White Coats. I've been banging on about it for a while now but I do very much think it'll be good, people will like it and all that stuff. I've even started work on the character models, here being an early draft of the character 'Rose' and a little sneak peek of the first 6 episode titles. (Hah! Like I'll get that far...)

Quite what form White Coats will take after its inception remains a mystery, but I'll work it out in time. I'll just get the characters modelled for now and see where it goes. Again, much written, little made.

I mentioned that I've written the best part of an album, by which I mean most of one rather than the best bits to add filler later. The working title is 'Thunk' and many songs have been completed, but none properly recorded or interestingly arranged. I may release the songs as they're finished this time 'round, slowly building the album up song-by-song. Who knows.

As for the other things I mentioned in my prior synopsis I don't hold out a great deal of hope. I'm keeping my interests narrow this year for a number of reasons. Firstly I've realised that as I go onward and my skills increase my scope and ambition increase too. Hence I wind up making as many plans as I did at 17 but they all take about 20 times longer to complete. This isn't feasible. Hence I'm keeping my range small.

More importantly, however, is the fact that 2018 is the year I finally stop being a student. I'll be 26 and finally need to get a job, assuming the PhD goes well. Since the jobs market for pure mathematicians has never been a fertile one I feel I've got quite a difficult period of job-seeking ahead of me.

On the plus side I've been venturing into the world of programming (more specifically software and web development) since it's a more reliable career path, and doing so has allowed me to improve my site a bit. You may already have seen the little tab whatsits I've attached to the Comics, Music and Writing pages as well as the from-scratch image carousel for After Dusk. I'd like to build my own site from scratch this year, if only as a kind of CV demonstration, but we'll see how it goes.

Anywho, that's my ramble. I'll leave you with some doodles from last year which I haven't posted anywhere but am quite fond of. (Oh, by the by, for anyone who's read this far I'm thinking of streaming myself sketching random sketches over at my hitherto unused Twitch page. It should make practising a little more fun!) 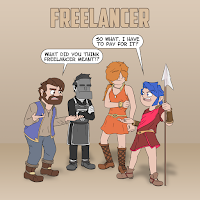 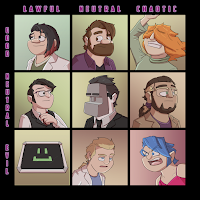 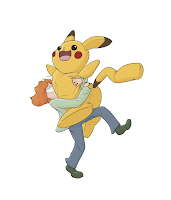 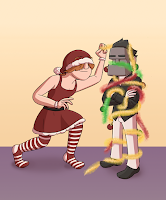 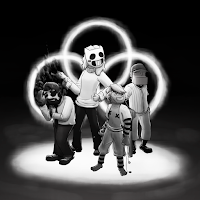 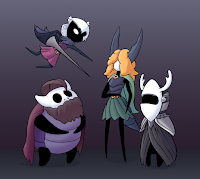 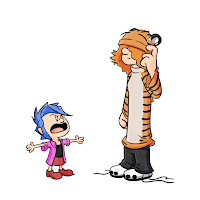 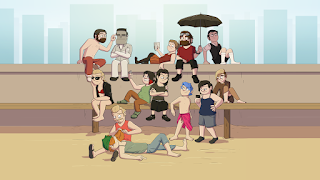