Secret Sleepover Society - We Were Here (Too) 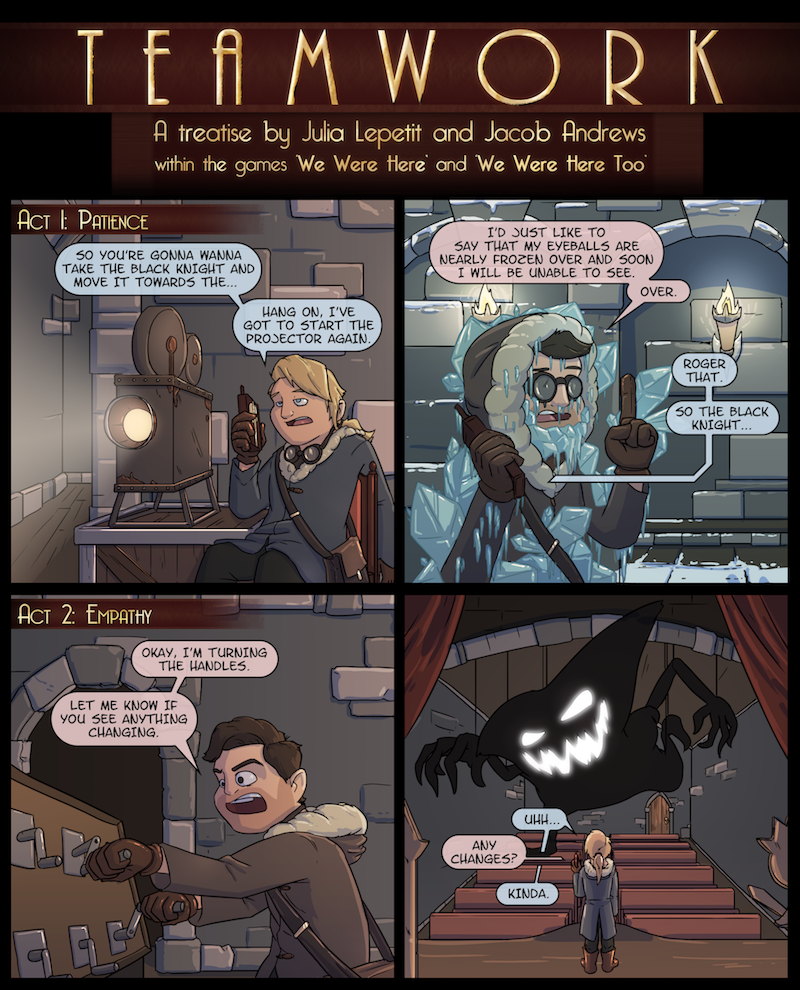 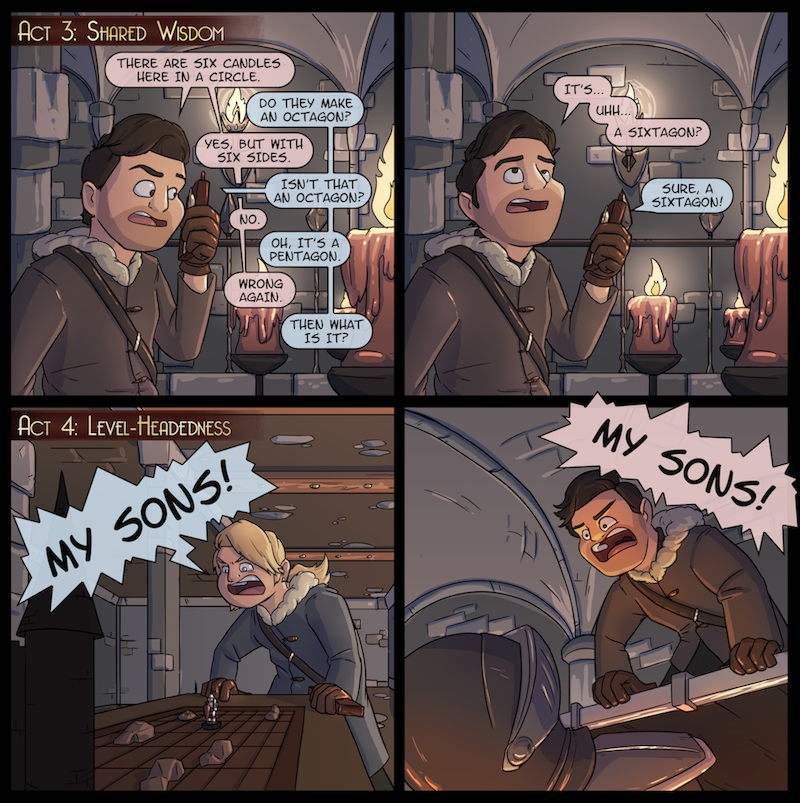 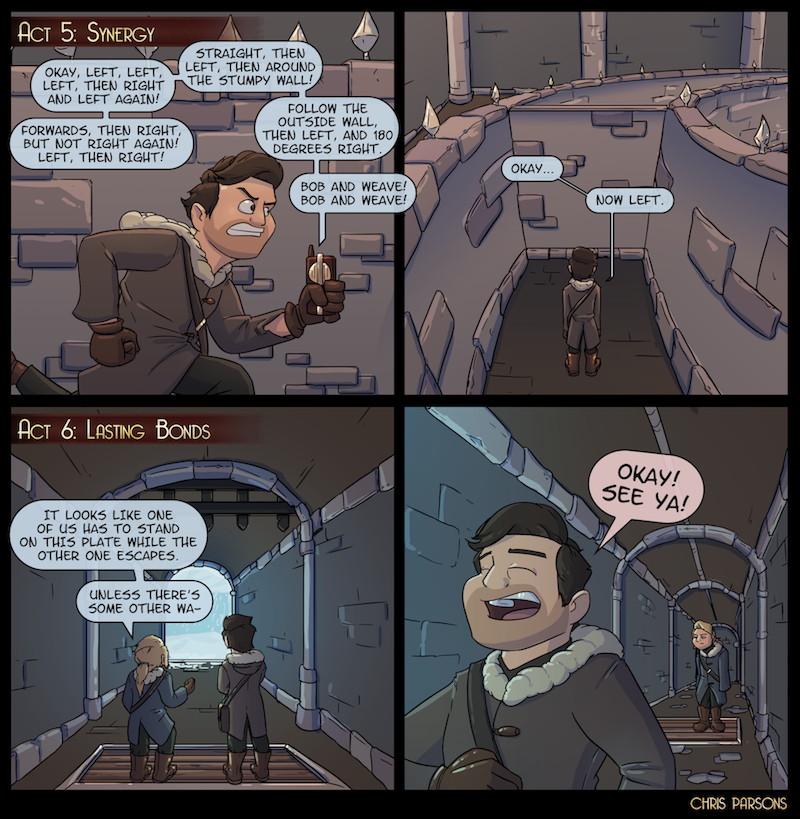 So here's the thing: I'm a fan of a channel called Drawfee two of whose members Julia Lepetit and Jacob Andrews stream games on Twitch. So enjoyable were their streams for the games 'We Were Here' and 'We Were Here Too' that I made this little summary of my favourite parts, slightly exaggerated for comedic effect.

Since then I've continued to make comics for each of their games streams, unprompted but always with wonderful feedback on Twitter from both the fans and the streamers themselves.

Since I have (at the time of writing) now made 7 of these, and thus 42 two-panel comics, I thought it time to collect them together somewhere. They may make no sense without the original streams (which disappear after a few weeks) but I'll keep them for prosperity.