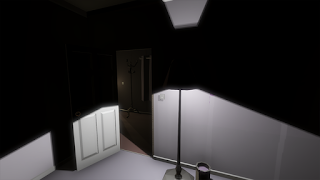 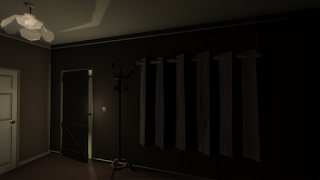 The only two non-spoilery views of "Gladys' House"

So Unity, the software within which 'To Linger' is being developed, has two interesting little features. The first is the 'prefab' system, whereby you can create prefabricated objects which can be loaded in as instances at a later date. The other feature is that regardless of how many times you click the 'Don't Remind Me Again' box, Unity will consistently remind you that a new update is available.

What it doesn't remind you of, however, is that you should always make backups of currently ongoing projects before updating. 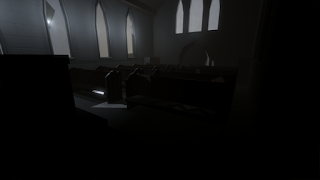 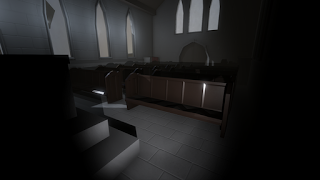 Fortunately twas but a scratch for me this time, but the lesson was learned. Having gotten fed up with the 'new update available' popup I capitulated to progress. All was fine until I realised that a feature vital to my workflow (applying default materials to imported objects) had vanished. No worries, thought I, I shall just roll back to an earlier version.

And then all of my prefabs broke.

For context this includes all objects, levels, instances of scripts, menus and character controllers. All dead.

Apparently the update changed the way prefabs were stored and, as an unsurprising consequence, changed the way all of my prefabs were stored. When I attempted to roll back the old installation didn't recognise them anymore and proclaimed them dead. Fortunately rolling forward again (I installed Unity 4 times that day) they revived and I could use them all again, but I've still lost access to the material mapping feature. Thus I'm stuck in a new version of the program which is consequently slowing me down.

I had intended this first devlog to be a little discussion on the pseudo-minimalist aesthetic I'd chosen for the game and subtle restrictions I'd placed on myself, but I suppose that's going to have to take a back-seat to my reckless folly. Always make a backup, kids.

Update: Since then the most recent stable version of Unity (2018.2.16f1) supposedly reintroduces the feature lost during the last update. I'm updating again as I write this, having made a backup beforehand, just in case.