Devlog #4 - Begin at the Beginning, Go On 'til You Reach the End; Then Stop 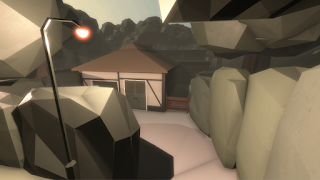 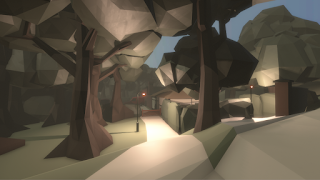 Did I mention I'm in a band with two postal workers? They're going to be critical of my post office design, I'm sure.

I've been making things for a while, and posting them online for slightly less of a while. In the decade or so of the latter I've learned a few things about what to prioritise and what not to prioritise on a long-term project. In general the advice I've belaboured myself with (at least for now) is the following: Plan well, but embrace loving detours.

Many of the longer-term projects I've worked on have, in retrospect, been lacking in many areas around which the original plan pivoted. What were at conception the foundations and grounding of the whole endeavour became the flimsiest beams on which the house, and this metaphor, wobbled. 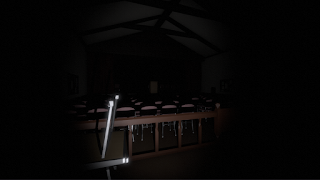 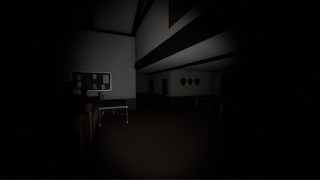 I should probably put some light switches in, huh?

What always comes out on top, however, are the ideas developed during the project's creation, and for good reason: If I'm willing to alter a concrete structure to accommodate a silly idea, I must think the idea is good enough to warrant doing so.

By way of example, see Disappointment, a project that lived up to its name. The only parts I enjoy in this were those written while filming and editing: The interstitial cards, the circuit joke follow-up, the second post-it note, the editing in the "Three Me's" skit. The only things not to fall flat were the things that made me giggle so much that I had to include them.

The same goes for After Dusk, a long project which only got better later with the inclusion of jokes that actually made me laugh while writing them. 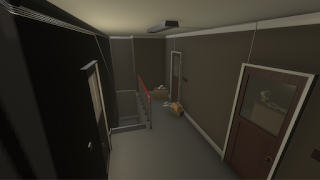 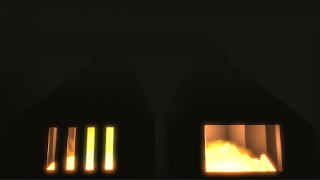 I'll be honest, I can't think of a good caption.

Now at the risk of contradicting everything I've just written it remains vitally important to stick to your plan, or at least the plan's overview. Particularly the problem with me is not these happy detours, it's that I tend to concatenate the journey with them, rather than alter it.

For evidence of this have a gander at the game I was working on prior to this: The Icho. This was an RPG (already ambitious for just one guy) focusing on environmental story-telling (I've got a thing for that), non-linear world design and revamping the late-90s style of JRPG combat (think Final Fantasy 7-9) with modern ideas.

I do still desperately want to work on The Icho since there are so many good ideas in there, to me anyway, that I just can't give it up. Unfortunately it was precisely because there were so many ideas that I had to give it up. I expanded the journey, never once thinking about the total mileage and before long my woodland jaunt had transformed into a Himalayan hike. Plausible, but unsustainable for a sloth like me. I forget to leave these happy detours as detours, not extensions.

The only reason I bring this up is that this week I came up with two very cool ideas for 'To Linger'. Having learned my lesson I didn't simply extend my to-do list with them, but replaced two prior, hopefully lesser, ideas with them from back before I knew how this game should feel.

The game's beginning to focus now, but in the process I've had to toss away some old ideas in order to stick to my overall plan. This will get done by early next year, and it's not going to substantially expand in that time frame. It remains a short game, two hours tops. I have my beginning, I'm working on the middle, and the end is within sight. I've just got to make sure that the end doesn't keep getting further away the closer I get.