Devlog #5 - Storytelling Is an Asset (Except When It Isn't)

Overview:
Back when I first announced this project (announced sounds so grandiose, I prefer 'mumbled') I emphasised 'environmental storytelling'. This is something of a catch-all term which, when I was a young'un, was simply called 'world-building'.

But the world of game creation is fast-paced and there's much to do in a short space of time. Such luxuries are oft cast aside in favour of gameplay or snazzy graphics. This is not necessarily something to lament since, whilst I'm very much in favour of environmental storytelling, it wasn't even originally a focus of this game. 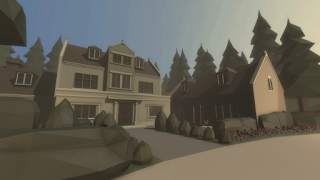 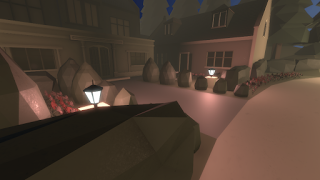 Back when I was making 'The Icho' my ambition was to take the old ATB combat system of the late 90s Final Fantasies and see what could be done to freshen it up. There's a lot that's tired but a lot that could be done to add a new zing to it, as exemplified by the Bravely series and more recently by Octopath Traveller.

What I hadn't anticipated is how little preparation this process required due to the way I do things. Y'see I don't really like using pre-made assets, for neither modelling nor programming. I understand that they are often essential to small indie developers in order to get everything done in time to make a profit, and I certainly don't wish to denigrate those using them. I'm just old, stubborn and like to make things myself.

But making things yourself affords you the opportunity to analyse everything minutely one step at a time. Everything you do is up for criticism and alteration, and when you're making a game solo every aspect of the game is scrutinised the moment you start to implement it.

So when implementing The Icho's battle system, say a simple function which altered a character's HP, I could ask questions like "What is allowed to access this?", "Should I allot for gradual changes?", "Does this need to filter through modifiers, and can these be bypassed?", "Must all alterations be shown to the player?" etc. Simple questions mechanically speaking, but ones which allow for many more open doors. 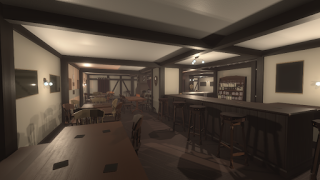 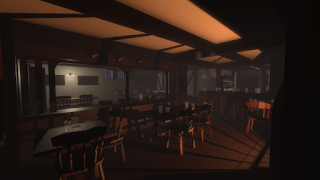 By way of example the Tonberry, a classic enemy in the Final Fantasy series, is the only enemy whose attack is proportional to the number of enemies your characters have killed over the course of the game. The programming needed to be open enough for this to be implemented, and while this seems like a minor mechanical flourish it raises questions: How on Gaia does the Tonberry know this? Is it in league with the spirits of the afterlife? Can it control them? It adds depth and intrigue to an otherwise simple little enemy.

Fast-forward to 'To Linger' and I've stuck to my stubbornness and continue to make all assets myself, and place them myself. Only now each time I place something, each time I model it, I ask questions: Why is this here? Who put it here? Why hasn't it been moved? Is this indicative of something more significant in the story? Can the player interact with it and if so what will it do? There's a lot more to environment and backstory than notes left by strangers.

This came naturally to me (I'm fiercely over-analytical) but it helped inform the direction of the game, particularly thrusting the idea of environmental storytelling upon it. I won't pretend as if every object in the game has significance (I made a dart board last week and seriously considered if I could hide some message in where the darts hit the board), only if you're not paying attention you'll be missing a lot.

I've chocked a whole bunch of symbolism and hidden storylines into this thing, and I'm very interested to see what gets noticed and what doesn't. This is the story of a village, and I want everything about the village to feel real and alive long before the player turned up. Whether this is a success or not remains to be seen. All I do know is that had I bought a pre-made 'Pub' or 'Village Hall' asset from the Unity store, I almost certainly wouldn't have thought to include any of it.